Joy has been actively drumming since 2007 and currently performs on a unique cajon drum set setup. Joy was the drummer of local indie band 兔子, winner of Mediacorp Channel U’s Superband II in 2008. Her band had composed and launched a full-length album in 2010, and performed at various events such as Taiwan’s Spring Scream Festival 2011, Marina Bay Countdown 2008, etc. She had also performed for events organised by a list of reputable clientele including Republic of Singapore Air Force, Nanyang Technological University, Singapore Arts Museum, Singapore Grand Prix, to name a few. 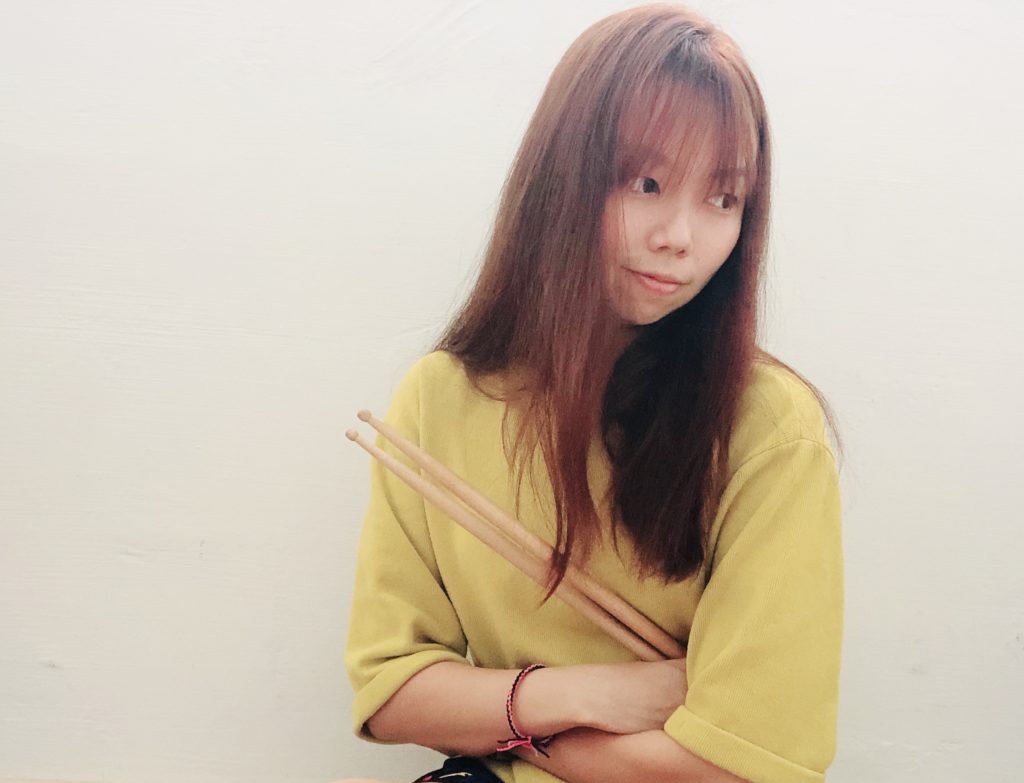 Effectively bilingual, Joy is well-versed in both English and Mandarin contemporary music, and also able to perform an extensive setlist in multi languages. Apart from drumming, Joy is also a backup vocalist in her two Top 40s cover bands- Two Cheers & A Toast and Band Next Door.

Joy has a Grade 8 certification in both Trinity College of London’s Rock & Pop and Rockschool syllabuses, and is currently a devoted music educator.

Hire her to perform at your event today. Contact us today!